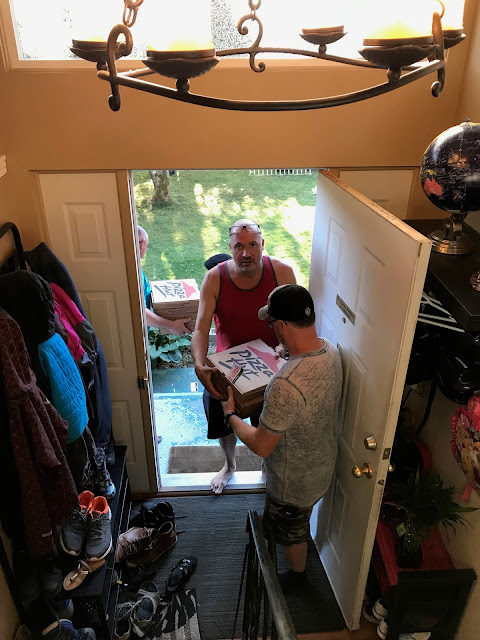 A bunch of us were over at Glenn and Gina's tonight to watch the Mayweather vs. McGregor fight.  Since I told Glenn about the $5 deal at Pizza Hut, he bought eight of them!  :-) 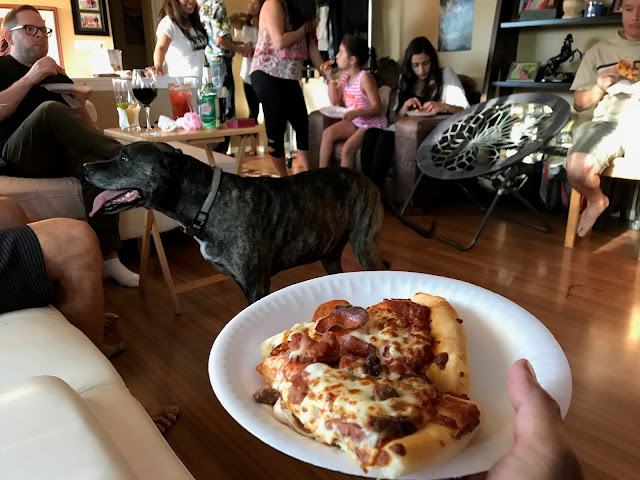 We were all hungry too!  LOL! 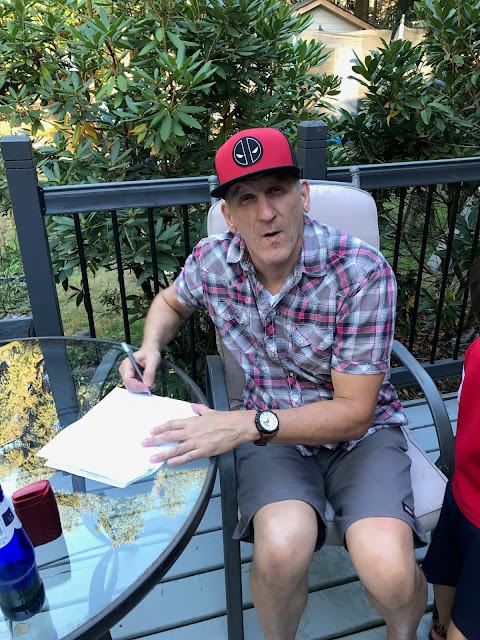 Thanks to Barry, I finally got all the reference signatures I need to get on the Apprentice StuntList!  :-) 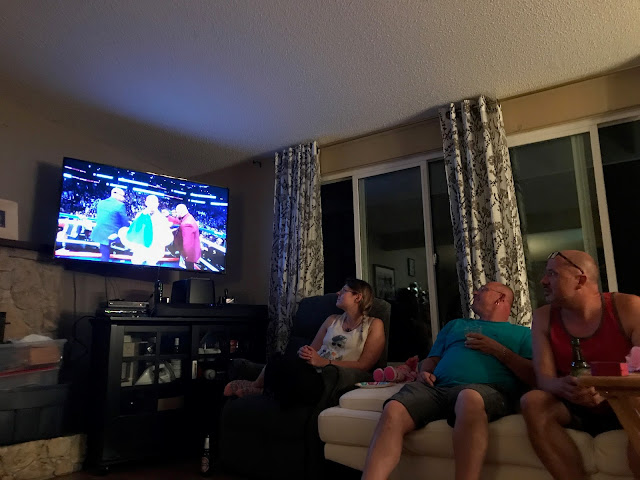 When it came down to it, we were actually quite surprised with the performance of Conor McGregor.  Good on him! 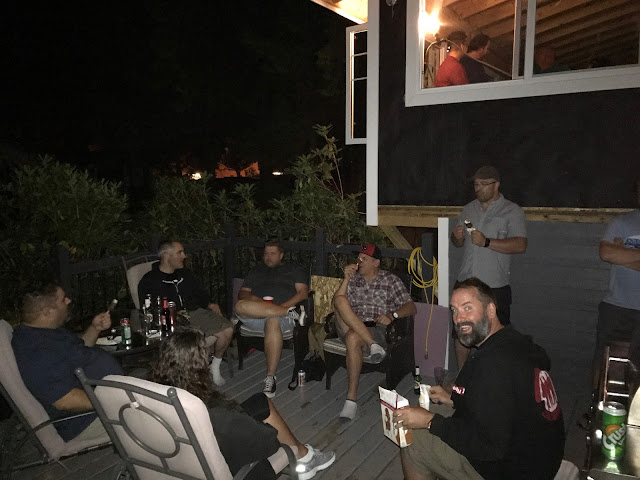 I see a lot of familiar faces from work in this photo!  Haha! 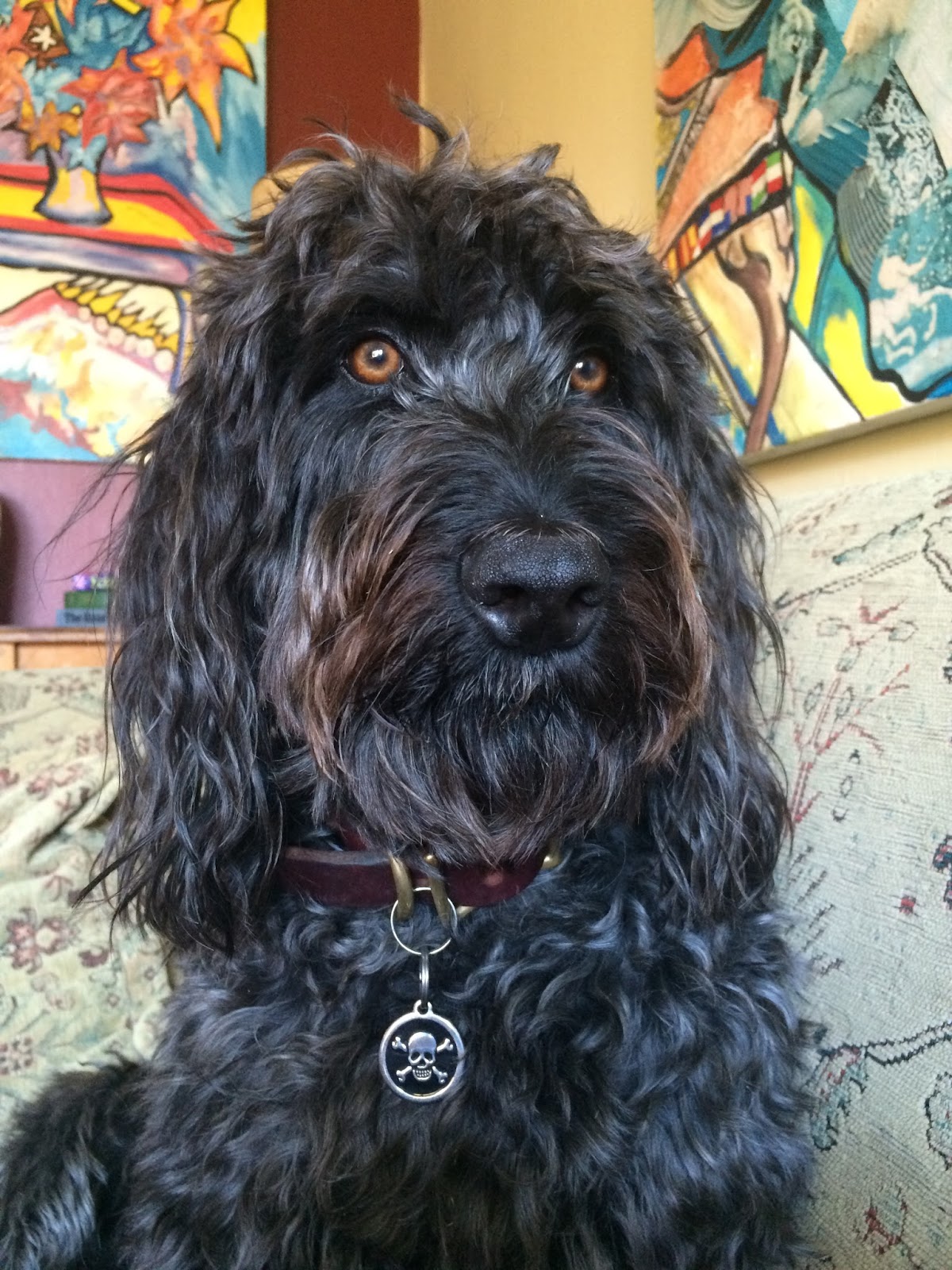 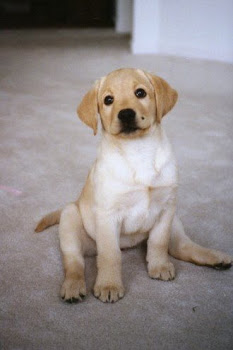 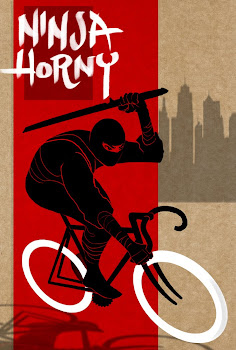 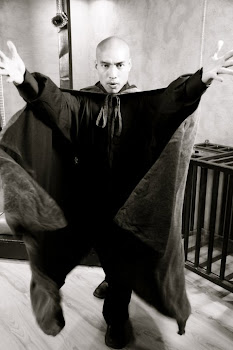 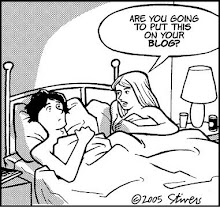 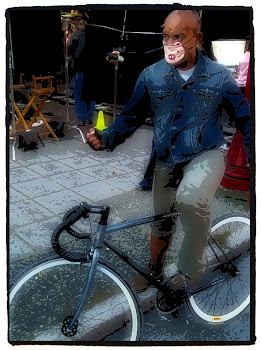